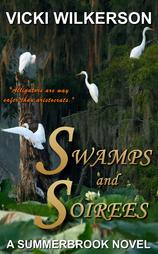 Book 3 in the Summerbrook Novels

A June 2017 Release from Filigree Press

"Alligators are way safer than aristocrats."

​Hanna, mired by duty and love, is stuck in the swamps that border the little town of Summerbrook. But she has dreams that soar like the white herons that grace her special waters. When she pursues those goals, however, she catches a snag in the form of a handsome Charleston aristocrat, whose bloodline runs blue and pure. Her heritage, however, is as muddy as Sinker, the sweet mutt she’s adopted. Unfortunately, the society she encounters is harsh and unaccepting, and Hanna—even with her brilliant financial abilities—doesn’t fit in anywhere. Disaster trails her like a storm surge following a hurricane. The dark, shallow waters beacon her back—to abandon her career and love and to embrace the simple peace she once had on the edge of her swamp because she grows to believe that “Alligators are way safer than aristocrats.”

A haunting story about a Southern aristocratic family and the lengths they'd go to protect their own...

Praise for Bikers and Pearls 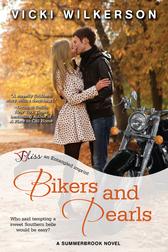 From Bliss at Entangled Publishing
Book 1 in the Summerbrook Novels

Who said tempting a sweet Southern belle would be easy?

When rebel biker Bullworth Clayton gets tangled up with pastel-and-pearls-clad April Church, sparks fly. Sure, April would clearly rather work with anyone else, but if teaming up with Bull means a successful charity event for a sick little boy they both care about, then so be it.
April is baffled at how drawn she is to the leather-wearing, tattooed Bull—he just doesn’t fit with her simple, safe, country-club life. And as much as the handsomely rugged man tempts her, she still can’t shake the images of the tragic motorcycle accident from her past, which left her scarred and her father broken.
Bull tempts her to don a pair of leather pants and go for a ride with him, while April desperately tries to resist her attraction to the wild side and keep her exploits hidden from her small town. Will they be able to navigate their differences and find a middle road to love?

Book 4 in The Summerbrook Novels

A November 2017 Release from Filigree Press

​Jenna’s life is filled with all sorts of charitable endeavors; however, what she needs to accomplish most—to save her family’s plantation and history—seems as elusive as…fireflies. She must develop a plan to fulfill the antiquated requirements of her ancestor’s will, but she isn’t willing to compromise her ideals in order to achieve her goals—until she finds herself in the middle of a rural farm in a most intriguing situation with a man who just might destroy her chances of protecting her family’s heritage.
Hogan has sworn off superficial debutantes because his life had been wrecked by one, and he is still dealing with the broken aftermath with his precious, autistic daughter. When he meets Jenna, he thinks he’s found the answer to repair some of what’s been tearing his heart apart at home—until he discovers that Jenna’s a card-carrying member of the local landed gentry, and he realizes he cannot risk exposing Savannah to abandonment again. 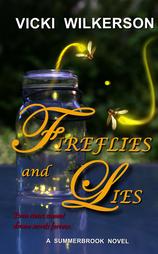 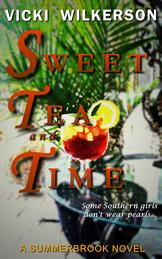 Book 2 in The Summerbrook Novels

A February 2017 Release from Filigree Press

Charlene won’t let Aiken destroy her plans to become the first female home builder in her small town. Unfortunately, he keeps showing up at her job and on her grandmother’s porch, interfering with everything…and drinking sweet tea like he’s got no place to go. But she does, and she can’t figure out why he’s getting under her skin and simultaneously ruining her career goals when so much is at stake for her grandmother.

Aiken is mesmerized by Charlene’s simple, solid beauty…and her hard work. Each day he grows more certain that she’d be perfect as his site manager for the Humanity Project, an organization that builds homes for the disadvantaged. At the same time, however, he grows even more convinced that he’ll never get past her impenetrable walls because everything he does to build the house a little girl and her family so desperately need backfires…against Charlene.